skip to main | skip to sidebar

NEW YORK -- It's been three years since radio advertising last posted quarterly revenue growth, back in the first quarter of 2007 -- three years that most recently saw Citadel Broadcasting, owner and operator of 224 stations, file for bankruptcy protection in December and long-struggling Air America shut down entirely in January. It's hard not to dread the full-year figures for 2009, due out from the Radio Advertising Bureau later this month, after the third quarter alone delivered a 21% plunge.

But early indications suggest that radio's turnaround may finally be here.

Double-digit increases in national and local spot buys among top marketing categories such as entertainment, financial services and automotive, as well as new spending from political and hospitality marketers, have put radio on track to finally post a quarterly gain again.
And several analysts peg radio to finish 2010 with year-end revenue that is flat or even 2% higher than last year, which would mean the industry's first year-over-year gain since 2006.
The Radio Advertising Bureau does not provide official guidance on quarterly revenue projections, but has heard anecdotally from member companies that business is starting to show significant year-over-year growth this quarter, said Jeff Haley, CEO of the Radio Advertising Bureau. December 2009 was also encouraging, he said, with increased national spot buys as marketers including McDonald's, Dunkin' Donuts, Walmart and Geico turned to radio for strategic marketing, value messaging and contextual placement.

"To me it's a validation that people aren't just putting money back into media, they're putting money into media based on response and the value they receive," Mr. Haley said.
Big categories coming backClear Channel and its radio sales and rep firm Katz Media Group, for their part, had already seen a 19% increase in bookings for the first quarter just by Jan. 7. The growth came from spending increases in four of radio's historically biggest categories: finance, where bookings were up 7.1%; entertainment, up 20.3%; automotive, up 27%; and telecommunications and wireless, up 19.7%. Retail was the only top five spending category to post a decrease in first-quarter bookings at that point, with a 7.2% decline.

Movie studios and TV networks have posted the biggest spending gains for Clear Channel in radio, said John Partilla, president of Clear Channel's global media sales. Fox, Sony and Lions Gate have been particularly aggressive in the entertainment category, Mr. Partilla said. The increased investment stems in part from an integrated sales strategy in which Clear Channel leans heavily on its growing digital inventory, he said. Clear Channel ran roadblock ads promoting tune-in for Fox's "Glee," for example, that appeared wherever people were listening to its stations on mobile phones via apps and web browsers.

"We're seeing the beginnings of our recovery and this category is helping lead the reinvention of Clear Channel," Mr. Partilla said. "We're not just selling anymore. We're co-creating, developing and customizing our inventory and content to build robust consumer experiences."
First-time dollarsRadio is also seeing ad dollars for the first time from marketers such as Starwood Hotels' Aloft brand, an upscale hotel chain with 39 locations, which turned to radio in December to promote its year-end holiday party rooms and music-themed initiatives.
"We thought radio was an interesting vehicle for us to really test what the performance would be, and we knew we would be able to execute it pretty quickly," said Brian McGuinness, Starwood's senior VP-specialty select brands.

Aloft saw social interactivity at its AloftHotels.com home-page increase by 67% after its radio spots started airing, Mr. McGuinness said, as well as a significant lift in room reservations that could only be attributed to radio. Mr. McGuinness said he expects to buy more radio this year.
A sector or sectorette?In order to maintain its momentum, radio will need more of that kind of incremental dollar. Bishop Cheen, a radio analyst for Wells Fargo, said radio still has a ways to go –- Cox recently went private, Clear Channel remains billions of dollars in debt, and Cumulus still has conference calls but no formal earnings reports. "It's gone from a sector a sectorette," Mr. Cheen said.

"To compare to the abyss it's been, it's much better," he added. "But compared to what will make the industry grow and recover it's not great. Radio needs to continue to manage its balance sheet, and I don't think you're going to see dividends or equity enhancements. The stocks have recovered, but off of distressed levels. Radio still has some very fundamental challenges, not the least of which is too many terrestrial stations chasing too few dollars."
But Mr. Cheen also pointed to bullish CEOs like Entercom's David Field, who recently proclaimed at the National Association of Broadcasters Conference his stated goal of seeing radio increase ad dollars by 10% in 2010.

"I may disagree with him on the magnitude, but not on the direction," Mr. Cheen said. 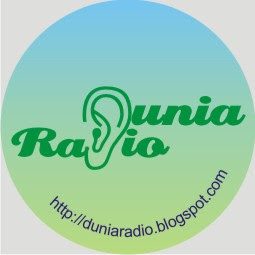 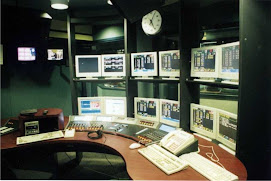 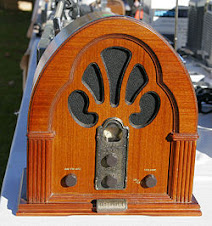 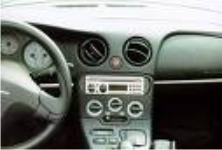